After five years of punishment it was time to replace my beloved Impacts. I had always read and heard that once you wear a pair of Five Tens you’ll never look back, but you don’t realise this until you wear them.

The old impacts held up well. In the end, a hole in the left sole was the turning point. An amazing pair of shoes but they had their issues. The inner sole was basically just dense cardboard so not the best for an outdoor shoe. They were also quite clumpy and heavy, yes this gave added protection and cushioning but I felt it was a bit too much. The biggest issue was the sponge effect. At even the smallest hint of water they would be saturated. 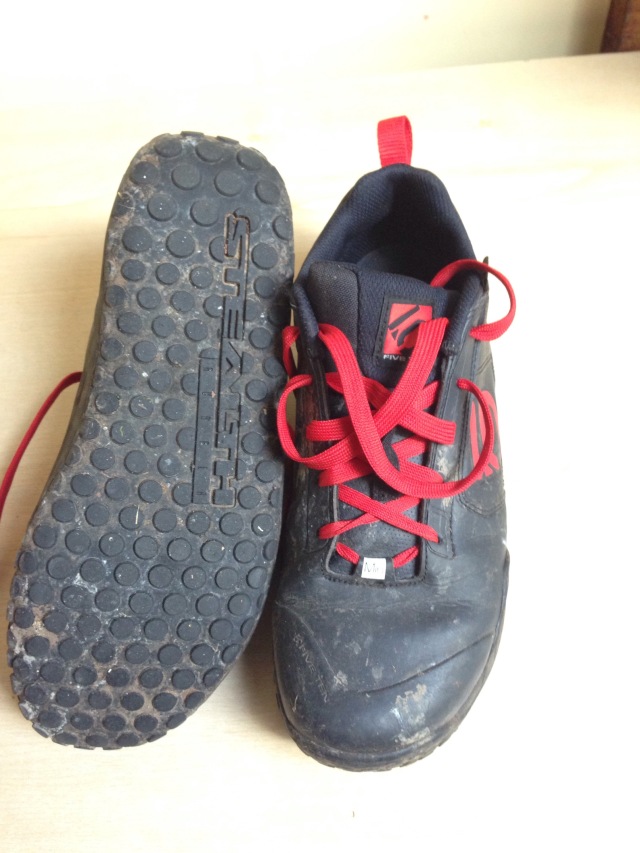 So out with the old and in with the new. I opted for the new Impact VXI in plain black and red. A bit of shopping around an I managed to get them for about £90.

So first impressions are pretty darn good. They feel about half the weight of the old ones. The upper material seems to be almost rubber like so shed the mud and wet well. Alongside this is a gusseted tongue to help keep the worst out. However this has led to have a slightly sweatier shoe, but in Ireland I don’t think we’ll have many days when that’s a huge issue! The sole is apparently a new version of their stealth rubber, but to be honest I’ve yet to notice any difference to the old stuff. Unless you were to try them side by side I doubt anyone could tell.

So far so good then. The only issue is the price point, but if I get 5 years from them like the last I’ll be happy.